A Poêle, the leading French food podcast, which is in charge of the B2C canteen scheduling, has dreamt up a foodie collaboration between two young, French creative talents: Sho Miyashita & Marianna Ladreyt. After several culinary residencies at the likes of Tontine, Yard, Chambre Noire and Cantina in Paris, as well as Song in LA, not to mention four years as the head of Parisian food truck, Paris Munchies, Sho (one of Konbini’s 5 selected chefs to watch in 2020), will soon open his next project, Haikara - a izakaya which is sure to be completely extravagant. Marianna Ladreyt, who is of French Cypriot origin, holds the 2019 Grand Prix de la Création de la Ville de Paris and was a 2017 finalist of the Hyères Festival International de la Mode, founded her eponymous ready-to-wear and accessories brand. Together, the pair have dreamt up an exclusive, Franco-Grecian fusion menu, twisted together with a good dose of fun, to be enjoyed both by visitors and the curious, since the restaurant is also open to the general public. 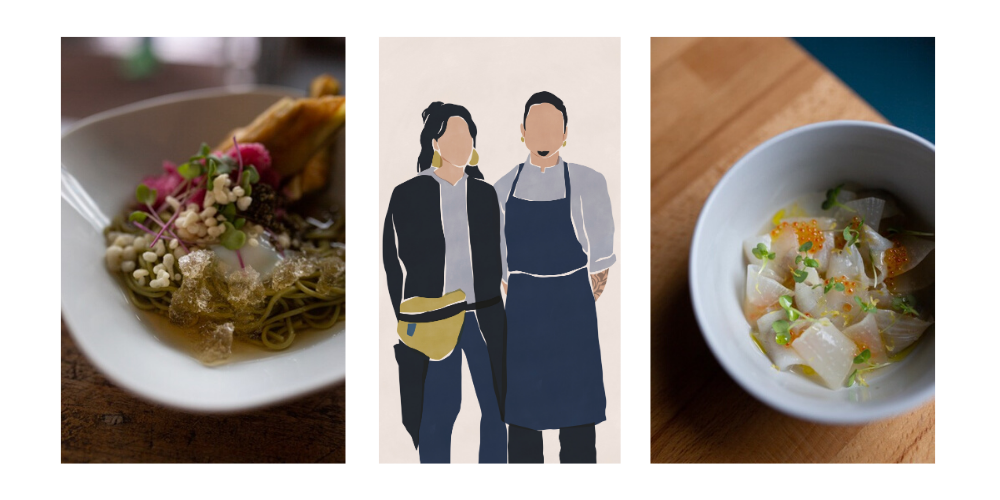 Your style in three words?

Sho: Rice, it’s a staple, and soja sauce also! Rice is tasty, consistent, and you can have fun - make it into fried rice, curry, arancini, risotto etc.

Marianna: I love fruits and vegetables like mirabelle plums, cucumber, broccoli tender stems, and also salad - it must be because of its freshness and crunch. I like also like a pronounced and intense flavour: mijoté soja sauce, vinegar...

Have you been inspired by each other's industries?

Sho: Colours first of all, because Marianne uses lots. I began to think of bright pigments but also of her Greek origins. Through the internet, I have travelled and been able to discover a cuisine I didn't know, it's enriching...

Marianna: Colours and spirit! A mix between Japan and Europe, it spoke to me immediately. In his work like in mine; two universes which rub shoulders and clash - tradition and a certain modernity.

Which creations have come out of this collaboration?

Sho and Marianna: Coloured makis are a real mix between the two of us: they represent Marianna’s favourite colours (orange, green…), Sho’s Japanese origins, and are a nod to Greece with the feta. Soba noodle salad is a reference to the rope used in Marianna’s designs, in which the vegetables bring a touches of colour (carrot, cabbage, edamame, red onion, pomegranate…). Sho has also imagined a soup inspired by Greek avgolemono - based on rice and lemon - which, by chance, is one of Marianna’s favourite recipes.

Put the rice in a pan with the water and curcuma powder. Mix, cover with a lid, boil, then lower the heat to a simmer once the water is boiling. Allow it to cook for 10 minutes. Then turn off the heat and let it stand for 10 minutes. Season the rice with the vinegar. Chop the carrot and red cabbage (into thin strips), and chop the cucumber and feta into cubes (approximately 1cm x 1cm). On a bamboo mat, lay down a sheet of nori, then a layer of rice. Place the strips of red cabbage and carrot lengthwise on top of the rice, then add the feta and cucumber. Roll, and cut into 2 cm slices. 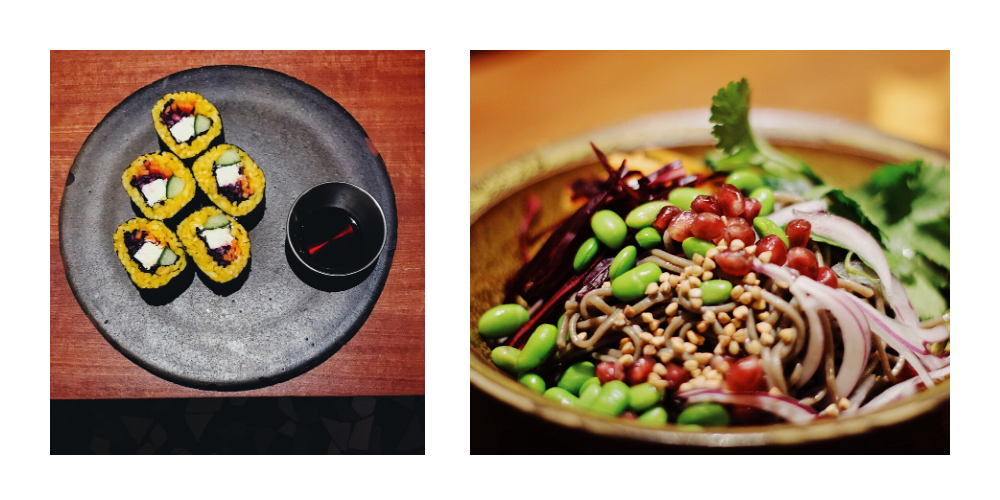 In the Pop-Up of the Concorde Tent - Free entry, open to all