ANDAM has been showcasing and supporting the designers of tomorrow for over 30 years. From 2nd to 4th October, discover an exhibition presenting the four winners of the ANDAM FASHION AWARDS, which Premiere Classe is sponsoring.

Born and raised in Corrèze, over the last 3 years, Marine Serre has advanced rapidly within the Fashion industry, as a couturier for and from a new generation, operating from Paris.

After a string of internships and jobs at Alexander McQueen, Maison Martin Margiela, Dior, and Balenciaga, Marine presented her graduation collection: A Radical Call for Love. Only six months later, she had attracted wide interest from the most progressive retailers across the globe, including Dover Street Market, SSENSE and H.Lorenzo. With only a single collection under her belt, against all odds, she went on to win the renowned LVMH Prize for Young Fashion Designers in 2017.

She had meanwhile moved to Paris and made it her new home – founding her namesake company with her partner and her sister in the Summer of 2017. Her critically-acclaimed designs have meanwhile garnered a cult following, with key collection titles such as Manic Soul Machine, Radiation, Marée Noire, and her last exciting showing for Fall/Winter 2020: Mind Melange Motor. Determined to remain fully independent, Marine Serre received the prestigious ANDAM Award in the Summer of 2020, providing the brand with further acclaim and critical endorsement from its jury of industry heavyweights.

After graduating from the Royal Academy of Antwerp, Glenn Martens took the creative helm of the Paris-based mens and womenswear label Y/PROJECT in 2013. In 2017, he entered BoF’s 500 People Shaping the Global Fashion Industry and received the ANDAM Grand Prize. His aesthetic is praised by major fashion players like UGG, Diesel and Canada Goose, who he has collaborated with on exclusive collections. In 2019, Pitti Uomo in Florence selected Y/PROJECT as a Special Menswear guest designer.

At the core of Y/PROJECT, Martens has established an emphasis on individuality and independence. Fusing the energy of the street with thought-provoking silhouettes, his unique take on interpreting masculinity and femininity blends eccentric references with unisex looks characterised by versatility. 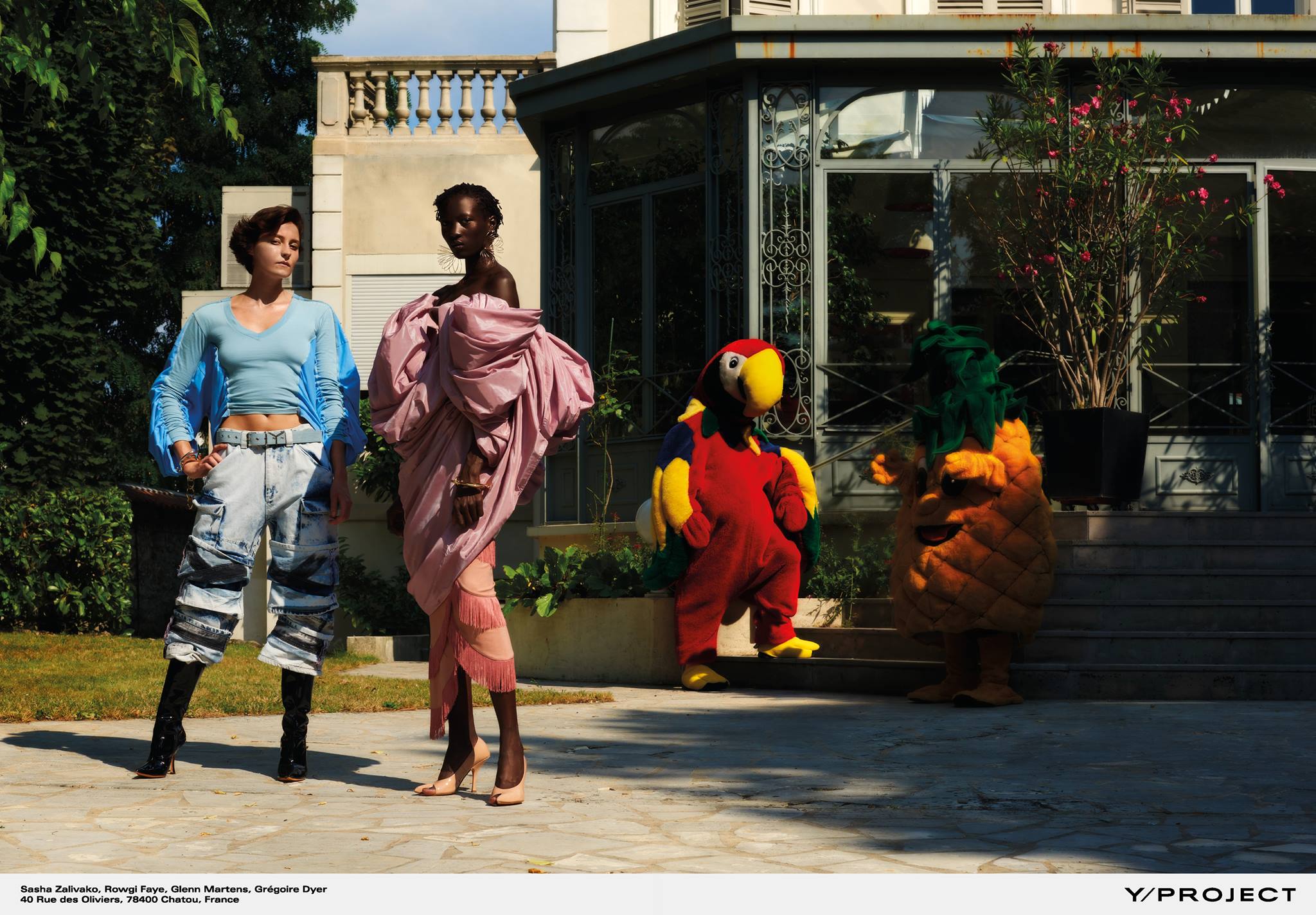 MOSSI is an ethical brand aimed at promoting haute couture professions in the suburbs; its main values are inclusion and social integration.

Its aim is to train and give work to young people in the field of haute couture and the expression of creativity, particularly those from underprivileged areas who do not naturally have the means to approach the world of Fashion and Art. The Mossi hub is a place of training, production and professional integration. Equally, it is a center for physical and digital events as well as for the improvement of visibility for artists and creators who share the values of the brand and its founder.

TEKYN was created in October 2017 by Pierre de Chanville and Donatien Mourmant. At the end of 2017, the start-up became a member of the “Hodéfi” collective, which brings together innovative companies in the Hauts-de-France region. In 2018, it joined the Réseau Entreprendre (Entrepreneurship Network). In 2019, TEKYN took part in all trade shows about the future of Fashion (Fashion Tech Days, Fashion Green Days, Who’s Next, Premier Vision, etc.) to present its alternative production method, reminding people of the importance of producing less, faster, to reduce stocks and unsold stock. The company has earned a total of €1.7M.

During the COVID-19 period, TEKYN has experienced a new phase of acceleration. Taking part in the solidarity drive to produce masks, TEKYN developed its production capacities in record time, going from 2 automated pre-production lines to 8 lines.

This development was accompanied by a move to a site of more than 1500m2 in Saint Denis, Ile de France. TEKYN has 27 employees; its head office is in Lille and its production workshop and R&D centre are in Saint Denis in the Ile-de-France region.

TEKYN has developed a solution that is revolutionising the sourcing model of ready-to-wear brands. Using software and robotic technologies, the company enables the mass production of clothing on demand and on short circuit. This move from textiles to Industry 4.0 leads to optimal stock management with just-in-time production to manufacture only the garments that are actually sold. Therefore, the brand benefits from a significant improvement in its working capital requirement by eliminating the risk of stock shortages and overstocking, i.e. unsold items. Thanks to the reactivity allowed by its technology, each week TEKYN allows the brand to replenish itself according to its sales of the previous week.